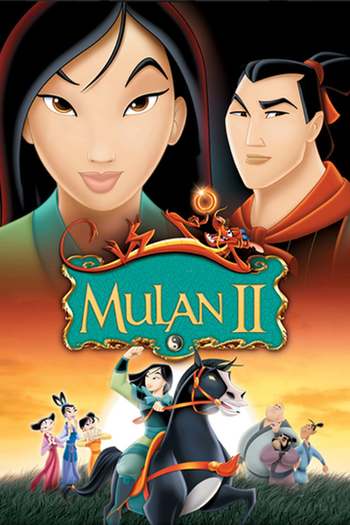 Mulan II is a 2004 Direct to Video sequel to Disney's version of Mulan.

As Mulan is getting married to General Shang, the Emperor asks her to escort his three daughters to a neighbouring kingdom for an arranged marriage there in order to cement an alliance against the Mongols.