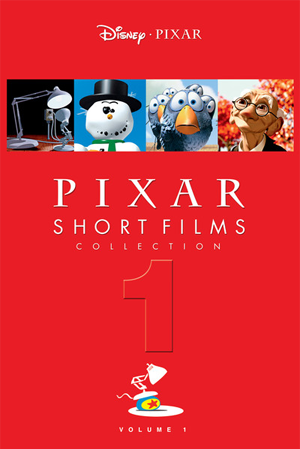 Beginning nine years before Toy Story and continuing throughout their existence, Pixar has followed the tradition of Disney's Silly Symphonies with its own one-shot animated short-subjects, which serve as both experiments for new technology and training for new talent. The studio typically creates one short for each of its feature films, with the short being a lead-in for the feature like a Golden Age cartoon. Others are spin-offs of the features created either as bonus material for the home video release, TV specials or web originals.

In 2019, Pixar started their SparkShorts series of shorts created exclusively for Disney+. In 2021, a series of short vignettes based directly on various Pixar films entitled Pixar Popcorn debuted on the same service.

Among all the theatrical Pixar feature films, Toy Story, Coco, Toy Story 4, Onward and Luca weren't accompanied with any Pixar shorts; Coco had the Frozen short Olaf's Frozen Adventure and Onward had The Simpsons short Maggie Simpson in "Playdate with Destiny".

Pixar short films with their own pages include:

Other Pixar shorts contain examples of: