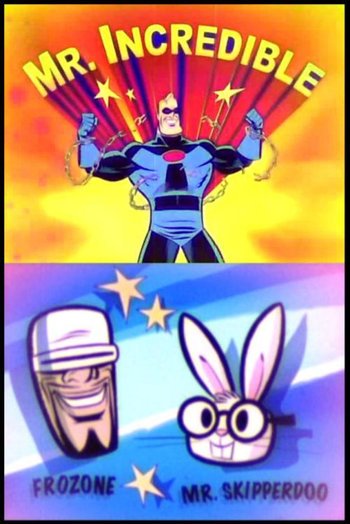 Mr. Incredible and Pals is a 2005 animated short film (4 minutes), one of the Pixar Shorts. It was released as an extra on the DVD of The Incredibles.

It is a cartoon parodying the low-budget Saturday morning cartoons of the 50s and 60s that used Synchro-Vox techniques such as Clutch Cargo. The background story is that Mr. Incredible and Frozone licensed their names and images to a TV animation company, before the banning of Supers. They provide commentary as they watch the unaired pilot for the first time. Hilarity Ensues.