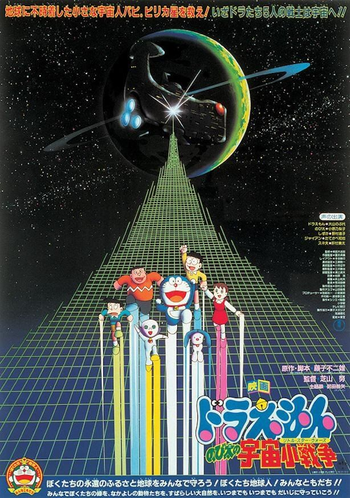 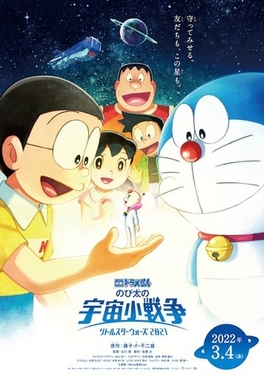 Doraemon: Nobita's Little Space War is the 6th film installment in the Doraemon franchise. The film was released in Japan on March 16, 1985.

Nobita's attempts to make his own film after being kicked off from Gian and Suneo's film project inadvertly leads him to another adventure.... but this time, it's smaller. A finger-sized alien named Papi who escaped a military coup on his home planet ends up on earth, and befriending Nobita, Doraemon and Shizuka. And when the PCIA, the military syndicate hunting Papi pursues him all the way to earth, it's up to Doraemon and friends to liberate Papi's planet from dictatorship.

A remake, titled Doraemon: Nobita's Little Star Wars 2021 was released in 2022 after a delay caused by the COVID-19 Pandemic.