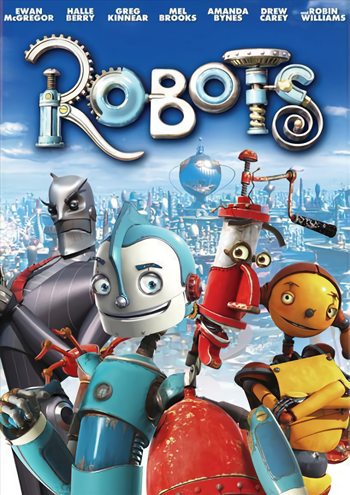 "Uhh... are those guys aliens?"
Some stories are about groups of things, and sometimes, those things are living beings.
Advertisement:

When deciding what to name stories about groups of living beings, a creator might just pick the name for a collection of such beings, which leads to this trope.

But this is for the cases where the title is named for the whole group of living beings, not just a distinct subset.

For example, "redheads" and "brunettes" are grouped as People of Hair Color, but they can have kids together, who could be called "humans" just like their parents, so that's their Species. But if there's some Either/Or Offspring situation, then that's not true and both of the groups are separate species.

In some cases, the original population may have dwindled down to a small group (or maybe there was never very many to begin with) and have a team name in addition to a species name. If the work is a Team Title, then the two tropes overlap.

Because a species name is usually one word, expect much overlap from One-Word Title.