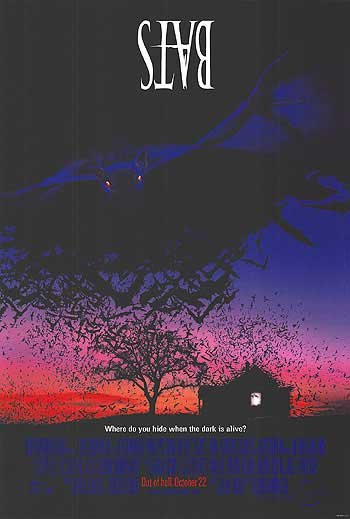 Where do you hide when the dark is alive?
Advertisement:

Bats is a 1999 American adventure-horror film, directed by Louis Morneau and produced by Bradley Jenkel and Louise Rosner. The film stars Lou Diamond Phillips, Dina Meyer, Bob Gunton and Leon. It was the first film released by Destination Films.

Bats, the result of a government experiment gone wrong, have suddenly become intelligent, vicious, and omnivorous, and are attacking people near Gallup, Texas. Bat specialist Sheila Casper and her assistant Jimmy are brought in and team-up with local sheriff Emmett Kimsey, but can they stop the bats before the military comes in and, in their ignorance, makes things worse?