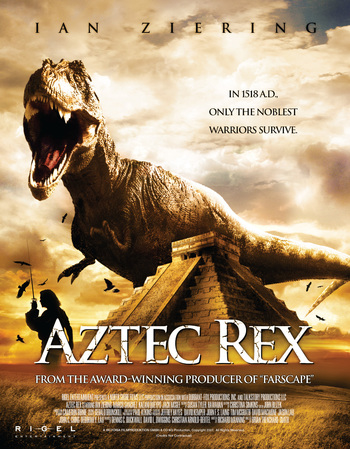 In 1521, a small group of conquistadores led by Hernán Cortés arrive in Mexico seeking fame and fortune when they discover and are captured by an Aztec tribe that worships and regularly performs ritual sacrifices to a mating pair of Tyrannosaurus rex which they call “Thunder Lizards”.

When Cortes’ second-in-command, Rios saves the tribe’s princess Ayacoatl from one of the dinosaurs and he gains the gratitude of her father, the village chief. The Spanish explorers and Aztecs then decide to set out and slay the beasts once and for all.