"Hell is not a place you go to. You carry Hell with you at all times. You carry it inside you."
—Baba 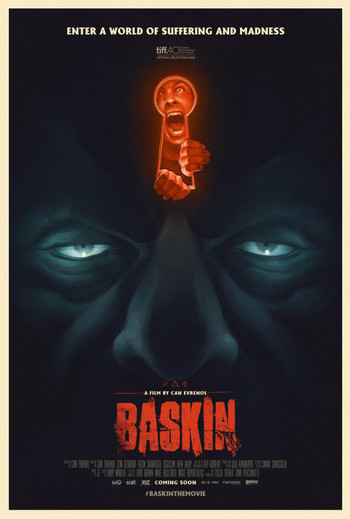 Baskın (Turkish for "raid") is a 2015 Horror Film by Turkish director, Can Evrenol. It follows a group of five cops who, after roughing up a waiter in a rural diner, get a call about some unspecified crime in the town of Inceagac. The cops end up crashing their van and finding an old, abandoned police station with another cop car parked just outside. Inside this station, they discover it overrun by a vicious, bloodthirsty cult.