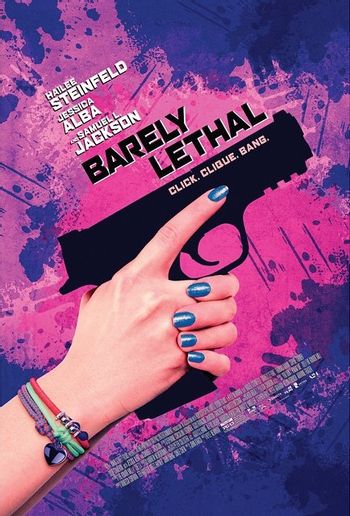 Barely Lethal is a 2015 action comedy film directed by Kyle Newman about a teenage assassin named "Agent 83" who fakes her own death, adopts the name "Megan" and enrolls in high school to live a normal life.

The film stars Hailee Steinfeld in the lead role, as well as Jessica Alba, Samuel L. Jackson, Dove Cameron and Sophie Turner, among others.

Oh, and RKO produced this film. That RKO.