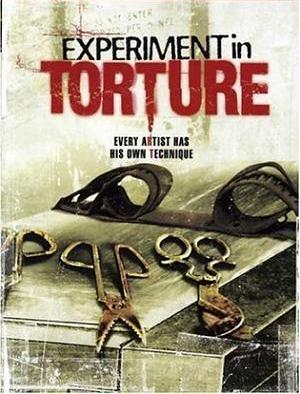 "In her absolutely splendid novel Alif the Unseen, G. Willow Wilson has a character ask whether a given book counts as eastern literature. In reply, Vikram the Vampire says, "There is a very simple test. Is it about bored, tired people having sex?" When the character confirms that the book does, Vikram proclaims it western literature. It's terribly clever, but omits a key subgenre: bored, tired people being terribly violent."
— El Sandifer

Any work which gives heavy, focused attention to Cold-Blooded Torture and/or mutilation of someone. The point usually isn't to show how wrong it is, but to disgust the audience while also giving them some visceral thrills. Thus, works will give lots of details (whether written, verbal, or visual) of the torture.

The term is usually associated with popular Horror Films from the 2000s; it was coined in 2006 by film critic David Edelstein to describe

films like Hostel, Saw, The Devil's Rejects, and Wolf Creek. Horror of this ilk is also known as "sadistic horror".

The genre struck a chord amidst the post-9/11 cultural climate of the Turn of the Millennium, when The War on Terror and the revelation of widespread abuses of captives at internment facilities like Abu Ghraib and Guantanamo Bay put torture at the forefront of public debate and became fodder for a generation of horror filmmakers. However, it can be found in older Exploitation Films, books, comics, plays, and more, as long as seeing or reading about people suffering slow, agonizing, torturous deaths is the point of the work.

Not to be confused with the popular terminology for a work of fiction that focuses on humiliating and ridiculing a Butt-Monkey.