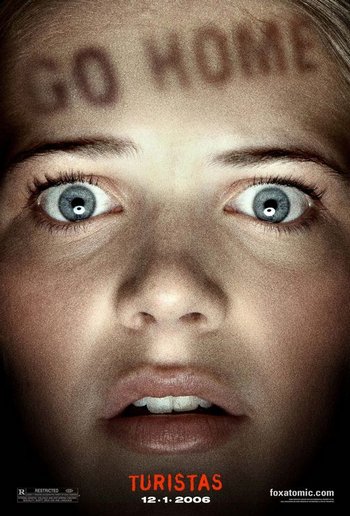 Turistas (Portuguese for "Tourists"), released in the UK and Ireland as Paradise Lost, is a 2006 American horror film directed by John Stockwell, starring Josh Duhamel, Melissa George, and Olivia Wilde. Its plot focuses on a group of international backpackers in Brazil who find themselves in the clutches of an underground organ harvesting ring.

It was the first American film to be exclusively shot in Brazil. It was also the first film distributed by Fox Atomic, a subsidiary of 20th Century Fox, who released it theatrically in the United States on December 1, 2006.