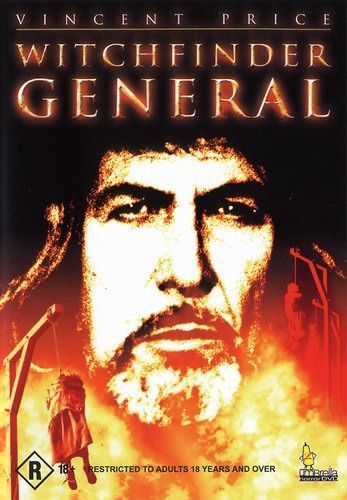 The most famous film by British 1960s horror studio Tigon British Film Productions (even though everyone assumes that it must have been by Hammer). Witchfinder General, known in the USA as "The Conqueror Worm", starred horror icon Vincent Price as the notorious seventeenth-century fanatic Matthew Hopkins, the eponymous self-styled Witchfinder General. Initially condemned by critics for its graphic violence, but a modest commercial success, the film has become a celebrated Cult Classic of British rural horror.