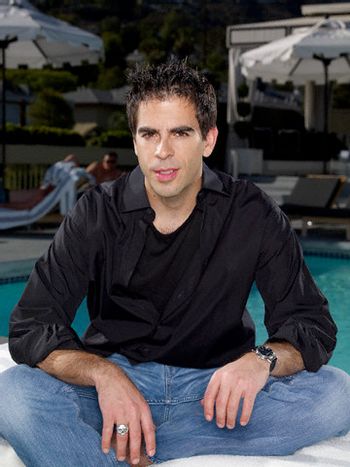 Eli Raphael Roth (born April 18, 1972 in Newton, Massachusetts) is an American film director, producer, writer and actor. A proud member of a group of horror directors known as the Splat Pack, Roth is known for his financially successful Splatter Horror films, sparking the latest trend of R-rated horror films during a time when PG-13 films were considered more lucrative.

Quentin Tarantino loves him like a brother - they clearly have a lot in common. Best not to ask what that involves. But it sounds like a lot of fun. (Coincidentally, he starred as Donnie "The Bear Jew" Donnawitz in Inglourious Basterds.)

He, along with Jack Davis, is co-founder of Crypt TV.