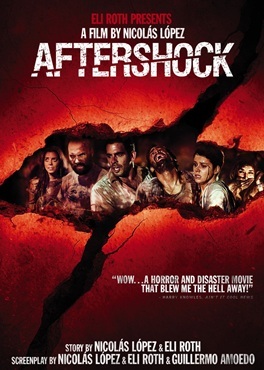 Aftershock is a disaster horror film directed by Nicolas Lopez with a screenplay by him, Eli Roth and Guillermo Amoedo. It consists of a group of tourists, who travel to Chile for partying and fun only to run in the midst of an earthquake resulting in complete chaos.