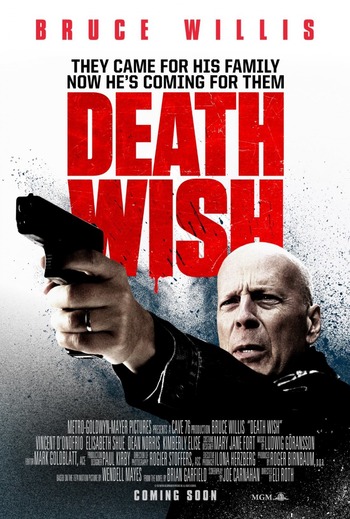 "They called him a guardian angel."
"If a man really wants to protect what's his, he has to do it for himself."
— Ben
Advertisement:

In this remake of the 1974 crime classic, Paul Kersey (Bruce Willis) is a Chicago surgeon who becomes a vigilante after his wife is murdered and his daughter is hospitalized. With the police not being able to help with the murder, Paul decides to take matters into his own hands and bring the ones responsible for the attack on his family to justice. As he kills any criminal he encounters, he soon catches the attention of the media who begin to wonder if he is a grim reaper or a guardian angel.