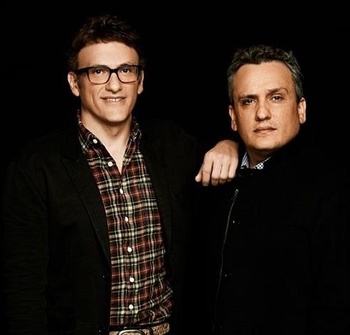 Anthony on the left, Joe on the right
Advertisement:

They are known to work jointly on most of their projects. They contributed to the production and directing of TV shows such as Arrested Development and Community, but nowadays they're mainly known as the movie directors who helmed the Marvel Cinematic Universe's biggest films (and biggest successes at that).

In addition to writing and directing, Joe also trained as an actor. He has an MFA in performing arts.

Tropes in their works: