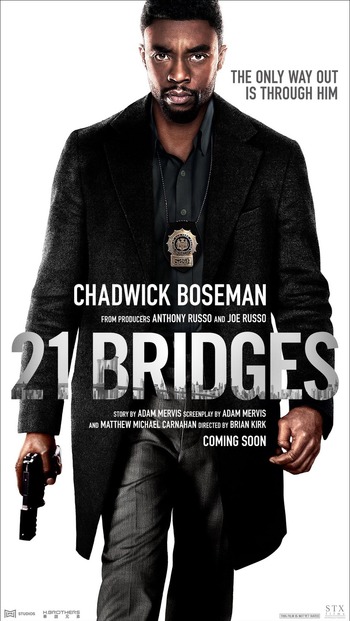 21 Bridges (also titled Manhattan Lockdown in some countries) is a 2019 American Thriller directed by Brian Kirk and produced by The Russo Brothers.

NYPD Det. Andre Davis (Chadwick Boseman) investigates the deaths of several officers by shutting down all the bridges in order to catch the cop killers but he suspects there is more going on.