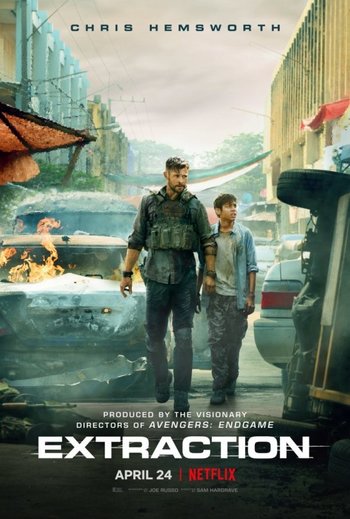 "You drown not by falling in the river, but by staying submerged in it."
— Ovi
Advertisement:

Extraction is a 2020 Action movie directed by Sam Hargrave and written by Joe Russo, based on the graphic novel Ciudad.

Tyler Rakes, a mercenary, is tasked with the extraction of Ovi Mahajan, the kidnapped son of an imprisoned drug lord, from the clutches of Bangladesh's biggest drug lord, Amir Asif, who's holding Ovi for ransom.

The film's success on Netflix resulted in a sequel titled Extraction 2.