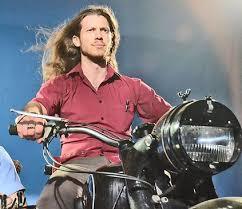 ...and, of course, KILL HITLER!
Advertisement:

His works are affectionate parodies of different by-gone film and TV genres, filled to the brim with Stylistic Suck. He first made it big with a fake trailer to Italian Spiderman for his senior thesis. When it went viral, Russo eventually got the funds to make a 10-part mini-series with the character. The Australian network SBS asked for more Italian Spiderman, but Russo was done with the series and wanted to make something new, thus the existence of Danger 5.

He's creative collaborators with David Ashby and has had two production companies: Alrugo Entertainment and Dinosaur

Not to be confused with that angry fatass in the warehouse.