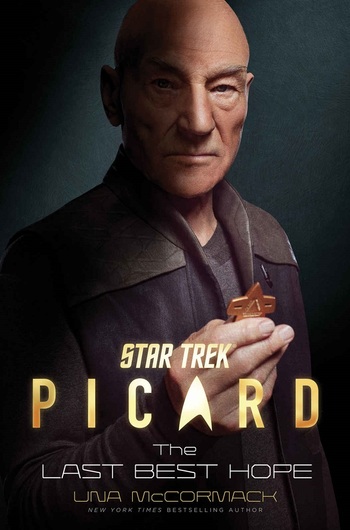 A series of novels set in the Star Trek: Picard time period of the Star Trek. The books chronicle the lead up to the first season of the series (and beyond), often dealing with issues like the AI ban, Synth Uprising on Mars, Zhat Vash, and the destruction of the Romulan Sun.

These books have the following tropes: