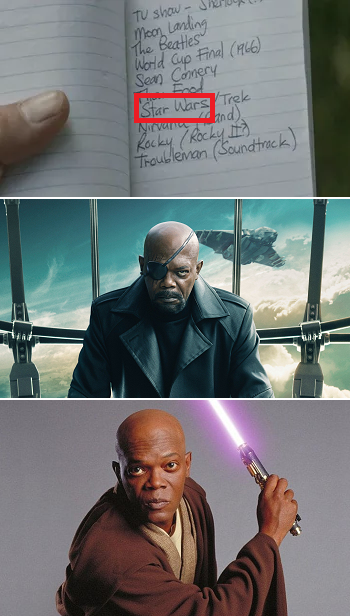 "Man, Star Wars must have blown his mind."
Dan Murrell: In the Marvel Cinematic Universe, is it just a coincidence that Mace Windu looks like Nick Fury, or is it like in Last Action Hero where Sylvester Stallone plays all the Arnold Schwarzenegger parts?
Anthony Russo: You’re hurting my brain.
— Discussion about the Honest Trailer for Captain America: The Winter Soldier
Advertisement:

The sheer number of actors involved with the Marvel Cinematic Universe at some point or another makes it almost impossible to include a pop-culture reference without invoking this trope in relation to someone. Some examples are listed below.