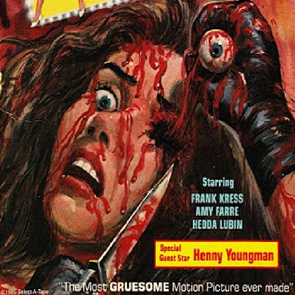 Splatter horror is not just a film genre: certain authors of extreme horror novels have adopted the term splatterpunk to describe works that include gory depictions of violence.

Subgenre of Horror and Sister Trope to Slasher Film and Exploitation Film.