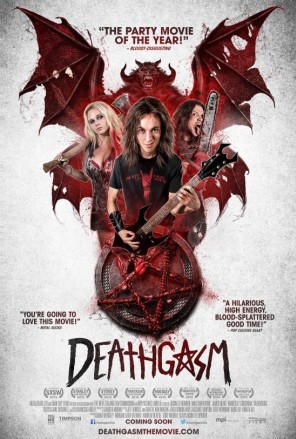 Deathgasm is a 2015 New Zealand Dark Comedy and horror film about a teenager obsessed with heavy metal who discovers and plays forbidden music, opening the gates of hell in the process.

Written and directed by Jason Lei Howden, Deathgasm emerged from a short film in 2013 which netted the creator a NZ$200,000 prize which served as partial financing for the 2015 film. It uses elements of the author's own high school years, in which he too was an outcast and into heavy metal. The film references numerous metal bands with its imagery, dialogue, and music.