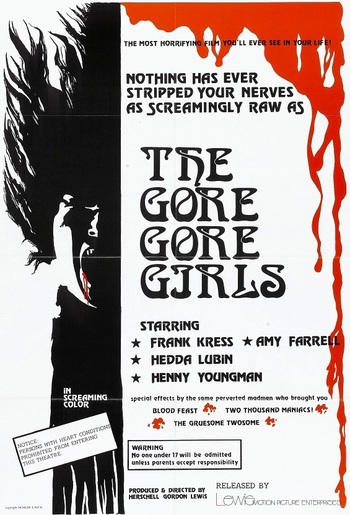 The Gore Gore Girls is a 1972 American Slasher Movie directed by Herschell Gordon Lewis. It concerns a private eye investigating the gruesome murders of a bunch of strippers.