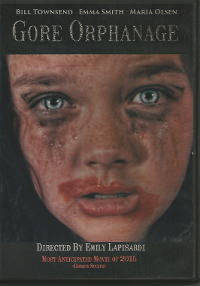 . Nellie, a young girl in the 1930s, is orphaned and sent off to Gore Orphanage. There, Mrs. Pryor rules with an iron fist, pocketing the money allocated for the care of the orphans, aided by Ernst, the German handyman who speaks little but is rumored to have special "playtime" with certain girls in the orphanage, and Miss Lillian, the sympathetic teacher whom all of the children look up to. Nellie befriends Buddy and Esther, but soon, the harsh life of the orphanage becomes even worse when children start to die.