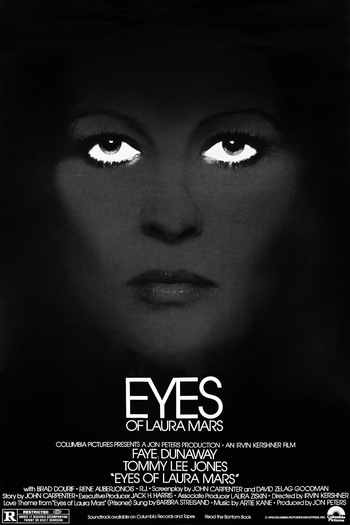 Laura Mars (Dunaway) is a controversial New York fashion photographer, whose work focuses on scenes of sexualized violence. Suddenly Laura starts to suffer from visions of murder, and her friends start turning up dead. Laura soon realizes that she is Seeing Through Another's Eyes because of a psychic link to the killer. John Neville (Jones), a police lieutenant, works on the case while falling in love with Laura.