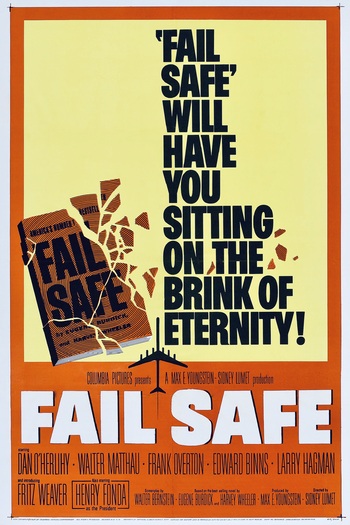 In The '60s, the Strategic Air Command (SAC) sees a bogie on its radar screen and scrambles its bombers to "fail-safe points" to investigate whether it is a Soviet incursion. The bogie turns out to be harmless, and most of the bomber groups are ordered to return to base. However, SAC's computer mistakenly transmits a "go code" to one group, commanded by Colonel Jack Grady (Binns), ordering them to enter Russian airspace and drop their nukes on Moscow. The rest of the film deals with the lengths the President (Fonda), his staff, and the military are willing to go to in order to prevent the situation from escalating and keep Grady from reaching his target.

For a similarly-themed film (but with a darkly satirical tone rather than a serious one) also released by Columbia Pictures in 1964, see Dr. Strangelove.