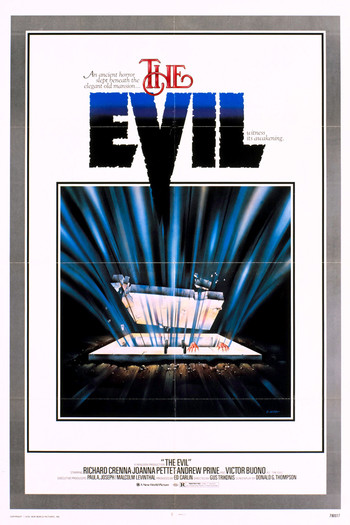 "Forgive me, forgive me, but you are an endless source of amusement."
— The villain
Advertisement:

Professor C.J. Arnold and his wife Caroline have rented the dilapidated old Vargas mansion for summer. They start renovating the place with volunteers, and soon discover that the house had something evil locked in its basement after unleashing it unknowingly.