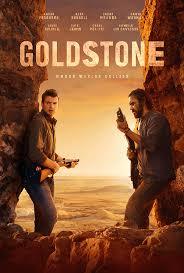 Indigenous Detective Jay Swan arrives in the frontier town of Goldstone on a missing persons inquiry. What seems like a simple light duty investigation opens a web of crime and corruption. Jay must pull his life together and bury his differences with young local cop Josh, so together they can bring justice to Goldstone.