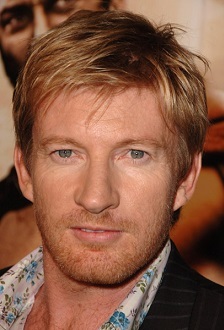 "Acting, to me, is being given the freedom and ability to play, and that's - that's what I love most about it."
Advertisement:

David Wenham (born 21 September 1965 in Marrickville, Australia) is a prolific Australian actor who has appeared in movies, television series and theatre productions.

He rose to fame in his native Australia for his role as Diver Dan in SeaChange. Internationally, he is known for his roles as Faramir in The Lord of the Rings film trilogy, Carl in Van Helsing, Dilios in 300 and its sequel 300: Rise of an Empire, Neil Fletcher in Australia and Lieutenant John Scarfield in Pirates of the Caribbean: Dead Men Tell No Tales.

He's been with his partner Kate Agnew since 1994 and they have two children. Also, his nickname is Daisy.