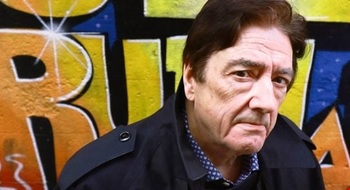 "Some writers write stories that grab you by the throat. Graham Masterton tears out your thyroid, reaches down your esophagus, rips out your stomach, liver and some intestines, stomps on them and sets the remains on fire."
— Review of The Sleepless
Advertisement:

Graham Masterton, born in 1946 in Edinburgh, Scotland, is a prolific writer in several genres who is most famous for his voluminous output of horror stories. Prior to becoming a full-time writer, he edited the UK editions of men's magazines Penthouse and Playboy. Quite possibly as a spin-off of this career, he wrote hack sex comedies and several volumes of sex manuals, something he has cheerfully never tried to disguise or conceal as an embarrassing reminder of what he did to earn a living before his literary career really took off.

Significant works by this author include: