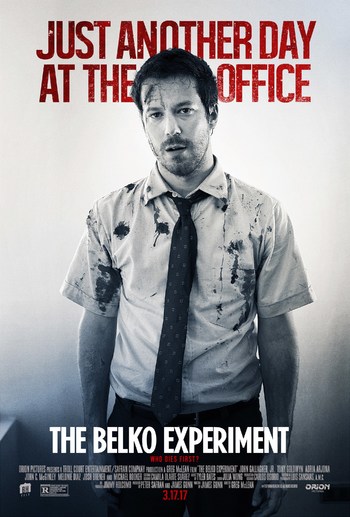 "All employees... lend me your full attention."
Advertisement:

A 2016 horror-thriller film written and produced by James Gunn, and directed by Wolf Creek's Greg McLean, The Belko Experiment premiered at the Toronto International Film Festival, and was released on March 17, 2017.

Belko Industries is a non-profit organization that facilitates American companies in South America. Eighty Americans work at the Belko offices in Bogota, Colombia. It's a normal, corporate job.

Then one day, the loudspeaker gives a simple order: "Kill three of your co-workers, or we will kill six others."

The Belko Experiment contain examples of: