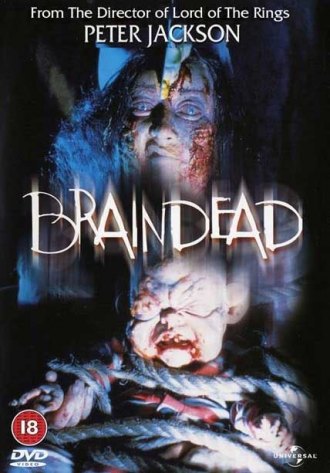 "Think of the most horrifying, grisly, bloody, sick fuck of a movie you can possibly think of. Then look at Braindead. Now whatever you were just thinking of looks like the Care Bears."
— James Rolfe, Cinemassacre's Monster Madness
Advertisement:

It is a squicktastic gore-fest, intentionally hilarious in all its splattery glory. That's all you need to know. Not to be confused with the 2016 dramedy series of the same name.