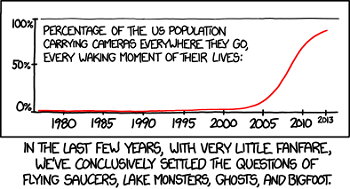 A Trope Breaker is a change in cultural context, such as a change in customs or mores, or an advance in technology, which renders some well-loved trope moot in contemporary storylines. Hollywood usually responds to Trope Breakers sluggishly, and clings to broken tropes via lame, sometimes outright bizarre justifications. Sometimes a Trope Breaker is just flat-out ignored, leading to lots of Fridge Logic.

The trope may become a Discredited Trope, only used for parody, or a totally Forgotten Trope. If it goes on for long enough you'll get an Undead Horse Trope.

One reason for the Period Piece and Historical Fiction is that you can go back to a time of plausibility. Sometimes the audience doesn't realize that the Trope Breaker is Newer Than They Think.

Contrast Deconstruction, where a trope stops being used because a particular work takes the trope to its logical conclusion. Deconstructions are works specifically aiming at tropes, while Trope Breakers are real-life societal developments that have Tropes as collateral damage. Also contrast Evolving Trope, where a trope changes with the times instead of being broken.

open/close all folders
Cell Phones and Smartphones
Cell phones have broken or changed so many tropes over the years, they deserve their own section. With the ubiquity of cell phones and smartphones in The New '10s, it's unlikely many of these tropes will ever make a comeback (at least in their previous forms).