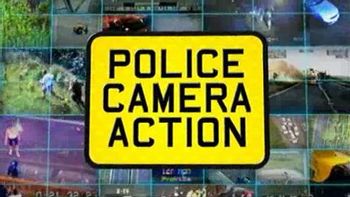 The show was initially produced by Carlton Television, but Optomen now hold international production and distribution rights, plus the Copyright to the show.

The series has Missing Episodes, but not in the way Doctor Who has them, instead rather rarely-broadcast ones. There are a lot of episodes that don't get broadcast. (See the section below). When they do air them, the episodes are usually cut for timing reasons, or to make room for commercials, and rarely, if ever broadcast in their original form. Only a select few do get aired uncut. Some episodes have footage replaced due to clearance issues concerning the police forces who supply them - obtaining the footage is expensive, and legally it can't be shown for entertainment purposes (which is why the show needs to have An Aesop every episode, because this show is a semi-educational show, not an entertainment one).