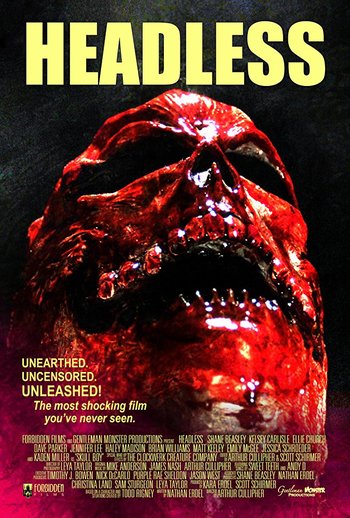 Headless is a 2015 American Slasher Movie.note although it was marketed as the "lost slasher from 1978" It revolves around a troubled skull-masked killer hacking up women that he comes across, eventually taking interest in a young woman and those close to her.

Based on a fictional movie of the same name from the Todd Rigney novel, found. which was adapted into a movie that featured snippets of what would become this feature-length version.