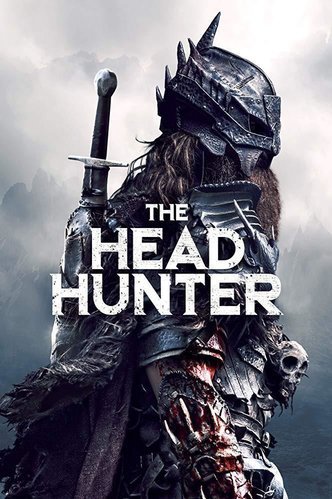 "It's back. Vengeance is upon us."
— Father
Advertisement:

The Head Hunter is a 2019note It premiered at Sitges Film Festival in 2018 but only got a wide release in early 2019 fantasy horror movie. It was directed by Jordan Downy and starred Christopher Rygh as the titular head hunter.

Set somewhere during the Dark Ages, the movie follows a bounty hunter tasked with killing fantasy monsters. He waits for the day where the monster that claimed his daughter's life will show up again, so he can finally put its head on a stake and add it to his collection of monster heads.

The Head Hunter provides examples of: