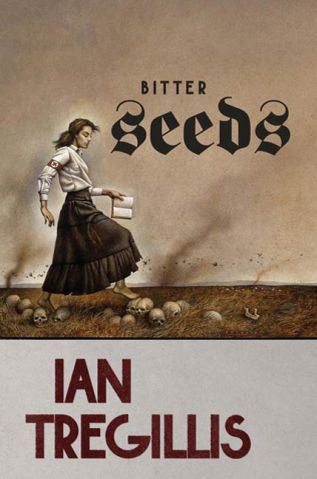 Behold ye among the heathen, and regard, and wonder marvelously: for I will work a work in your days, which ye will not believe, though it be told you.
Habakkuk 1:5 (KJV)

The novel Bitter Seeds by Ian Tregillis depicts an Alternate History World War II where a Nazi Mad Scientist figures out how to turn children into powerful psychic soldiers. As a result, the Nazis are indisputably winning the war. A clever British spy witnesses one of these kids doing their thing and realizes his countrymen need a paranormal equalizer of their own. Fortuitously, his best and oldest friend Lord William Beauclerk knows a thing or two about the supernatural and is willing to bleed for king and country. Thus, the Milkweed project is born and things then proceed to get worse.

The first book of The Milkweed Triptych. Followed by The Coldest War.