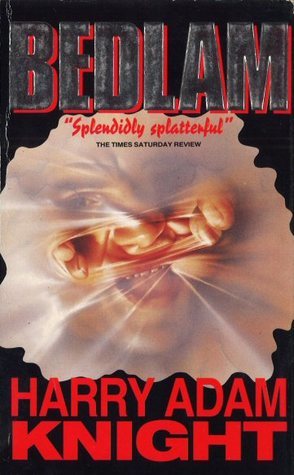 Marc Gilmour is a murderer who terrorizes London as what the press calls "The Bone Man." After a reign of terror, he is captured by the police and lockaed away for the rest of his life in the Broadmoor mental institution. Londoners relax. Sometime afterward, people living in Hillview House start having shared nightmares (shades of Nightmare on Elm Street) about having intercourse with an attractive man named Derek. The homophobic Douglas Scott doesn't want to admit that he enjoyed the dream, while Emily Stanton and her husband Peter are so aroused by the experience that upon waking they have sex for real, seemingly starting their disintegrating marriage on the road to recovery. Another resident, Dr. Stephanie Lyell, is seemingly indifferent to the episode, but she knows more than she lets on. She is employed as a scientist at Harrow Institute, where the captured serial killer "Bone Man" Gilmour has been transferred from Broadmoor to take part in clinical trials of a new anti-psychotic drug called BDNFE developed by Lyell.

Although Lyell insists it's perefectly safe, and that there's no connection between her work with Gilmour and the dreams being experienced by the residents of nearby Hillview. But one night, the flatmates experience another shared dream, this time with deadly consequences: they all dream that the homophobic Douglas becomes trapped in his burning room and dies attempting to escape. Upon waking, they discover that Douglas did indeed die by flinging himself through the window, and although the smell of smoke fills the air and Douglas' body is badly burned, the police can find no evidence of an actual, physical fire...

At first, Superintendent Terry Hamilton of the local police thinks it might be a case of spontaneous human combustion, but he changes his tune after learning about Dr. Lyell's work with Gilmour. It turns out Hamilton was one of the detectives who worked the Bone Man case and he still has nightmares about it. For him, the case was personal. Very persona. He begins to suspect that Lyell's experimental treatments are giving Marc Gilmour to continue committing his evil deeds from within the asylum, killing people through his dreams. But can Hamilton persuade his superiors of this before it's too late?