Film / He Knows You're Alone 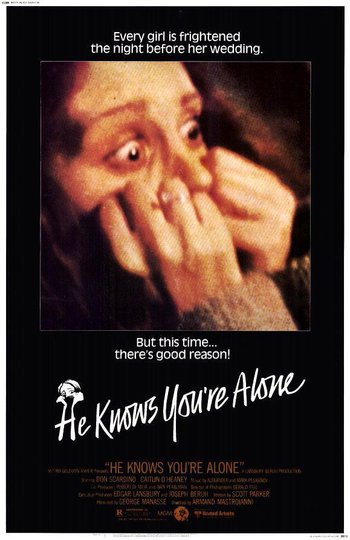 "Every girl is frightened the night before her wedding, but this time... there's good reason!"
Advertisement:

He Knows You're Alone is a 1980 Slasher Movie directed by Armand Mastroianni and featuring the first screen role of Tom Hanks.

A group of friends are preparing for the wedding of one of their own. A bride-hating Serial Killer begins hunting them down one by one. A cop whose fiance was murdered by the killer three years prior attempts to defend them.