This Song Goes Out to TV Tropes 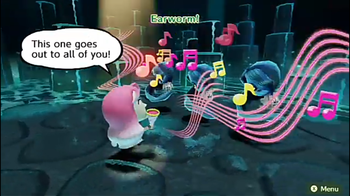 A speech delivered before a song begins to play. This trope usually comes in two types:

Type 1 Alice starts her performance by stating who she's singing her Intercourse with You or Anti-Love Song for. General dedications to "the ladies" and "the fans" are also popular. This type is common among professional musicians, as well as drunken amateurs at the Karaoke Box.

Type 2 Alice requests a song on the radio (or an In-Universe equivalent) for Bob.

A Sub-Trope of Dedication.