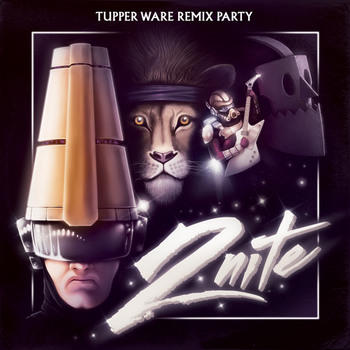 Tupper Ware Remix Party (Officially TWRPnote  because of extremely cool legal reasons) is a band currently based in Toronto, Canada, which is in Space which is in Canada. They specialize in '80s/'90s inspired synth/rock/funk jams sometimes instrumental but sometimes with deliciously cheesy lyrics, and are often seen rocking with their buddies Ninja Sex Party, The Protomen, and Starbomb.

. Their music is available on Bandcamp

,as well as on their store.

Songs with their own pages

GUARDIANS OF THE TROPES! 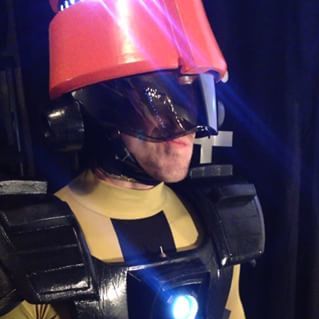 "You make me wanna scream!"

Doctor Sung is TWRP’s frontman and the operator of the keytar and talkbox. He’s dressed in primarily yellow, with black stripes, has a light on his chest, and a cone on his head. Legend has it he was born at the big bang and was orphaned in the ice age. Billions of years later he realized his true calling: to rescue people from boredom with sick rock jams. 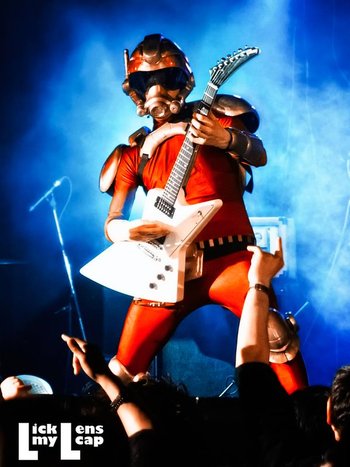 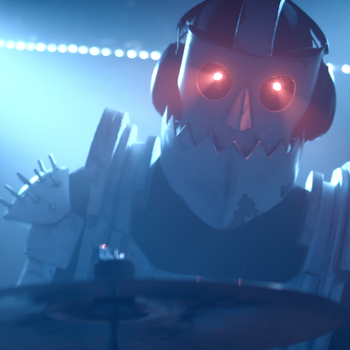 Havve Hogan is TWRP’s amazing drummer. He has giant chompers, glowing red eyes, and a black and white motif for his outfit. He also sports shoulder spikes. 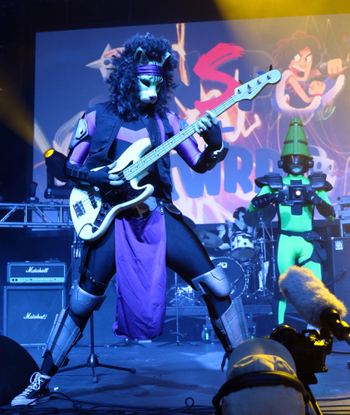 TWRP’s world-class slap bassist. Commander Meouch rocks an outfit of primarily blue (with a long-ass loincloth), and has a humanoid body with the head of a lion.

The band as a whole provide the following tropes: