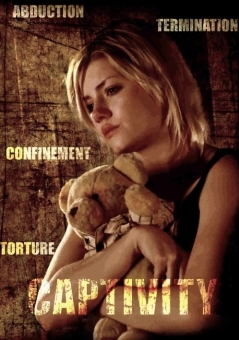 Jennifer Tree (Cuthbert) is a model who gets captured and wakes up in a strange cell. She spends most of the movie trying to escape and then she discovers she's not the only one who is captured.