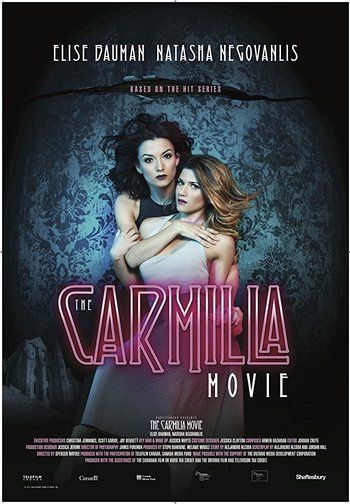 "I want my life, you little thief!"
— Elle
Advertisement:

Set five years to the day after the Grand Finale of Carmilla the Series, The Carmilla Movie covers the realities of trying to move on with normal life after Carmilla's three centuries of evil and the rather traumatic final battle of the series. When Carmilla's spark of life begins to flicker, causing her to "re-vamp" for short periods of time, Laura calls her old gang back together to visit to Elle's manor home in Styria and unravel the mystery.

The movie released October 2017. It is available for purchase here.