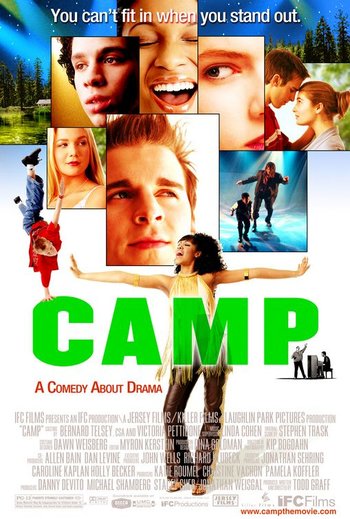 School's out, and for the teens at Camp Ovation, that could not be a better thing.

Ellen (Joanna Chilcoat) has had trouble getting a date to the prom, even having had to go so far as asking her own brother. Michael (Robin DeJesus) was beaten horribly after attending his prom in drag. Neither expects that their time at Camp Ovation will result in what turns out to be one weird love triangle with Naïve Newcomer Vlad (Daniel Letterle). Meanwhile, nerdy girl Fritzi (Anna Kendrick) attempts to befriend camp diva Jill (Alana Allen), only to find herself toting Jill's luggage. Then there's poor Jenna (Tiffany Taylor), whose mouth has been wired shut by her parents in an effort to get her to lose weight.

All six are in for one hell of a summer.