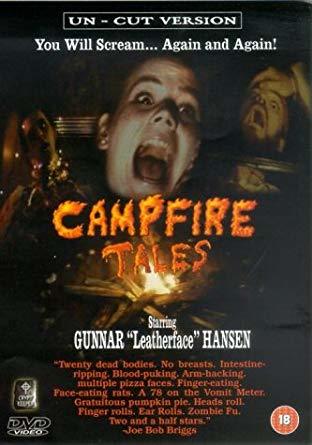 A horror Anthology Film from 1991, starring Gunnar Hansen (of The Texas Chain Saw Massacre fame). No relation to the 1997 film of the same title.

A derelict meets three boys out in the woods, and joins their campfire to tell some scary stories.

"The Fright Before Xmas"