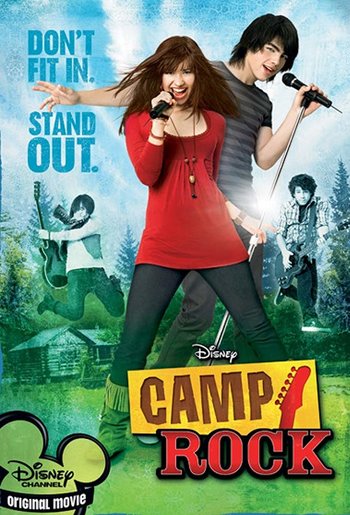 Camp Rock It's about a girl named Mitchie Torres (Demi Lovato) who goes to a music camp during the summer. There, she meets a pop star (Joe Jonas). She sings a song that inspires him. He falls in love with her.