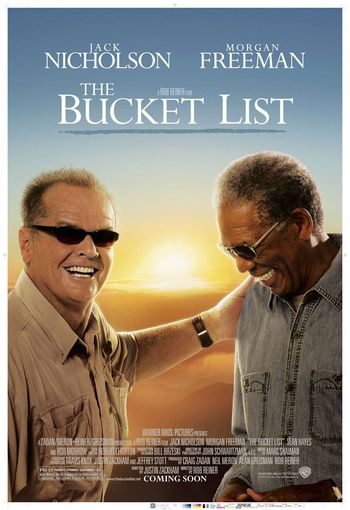 The Bucket List is a 2007 comedy-drama film directed by Rob Reiner and starring Jack Nicholson and Morgan Freeman.

Edward Cole (Nicholson) is a hospital magnate who has made his fortune off of charging for hospital stays, but when he ends up in his own hospital with terminal lung cancer and meets Carter Chambers (Freeman), a mechanic in a similar state, they strike up an odd friendship and make a "bucket list" of things to do before they die.

This and Edward's money takes them around the world as their deaths get closer, but as their health declines it gets harder and harder to do what they want. In the end, they find out what's really worth spending their time on.