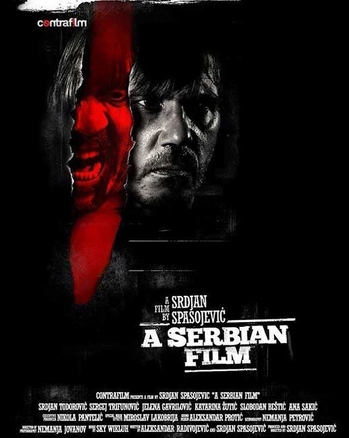 Entering the film with misgivings, it only gets worse for Miloš, as it soon becomes apparent that he is involved in a very questionable film. After a particularly unsettling series of violent pornographic shoots, Miloš tries to quit, only to be kidnapped, drugged and forced back into the production. He wakes up three days after the kidnapping, with only a video camera and some tapes in his possession. Miloš watches the tapes to regain his memory, and discovers the horrors that he has witnessed.

Because of its extreme graphic violence and disturbing content, we're not providing trope examples. Be warned if you intend looking for A Serbian Film outside of TV Tropes.