Literature / The 120 Days of Sodom 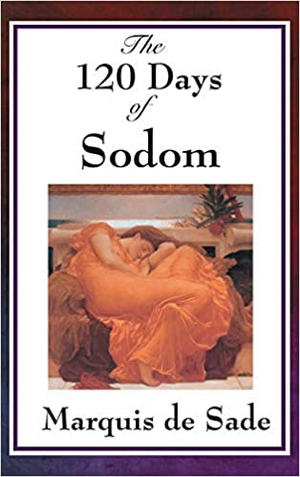 Written by the Marquis de Sade while he was in prison and then lost for more than a century until being found again in 1905. It is one of Sade's most infamous works, and deservedly so despite being only partially completed. The plot concerns four corrupt libertine noblemen (the Duc, the Bishop, The President, and the Durcet) who spend 120 sex-filled days with their four wives/daughters, sixteen kidnapped children, four aged prostitutes, four hideous maids, and eight well-endowed young men. It all basically plays out like an extended Aristocrats joke with no punchline.
Advertisement:

See Salò, or the 120 Days of Sodom for the film adaptation.